With the terminal you can communicate with the Arduino™ or other microcontroller boards.
Programino IDE has three independent terminals. 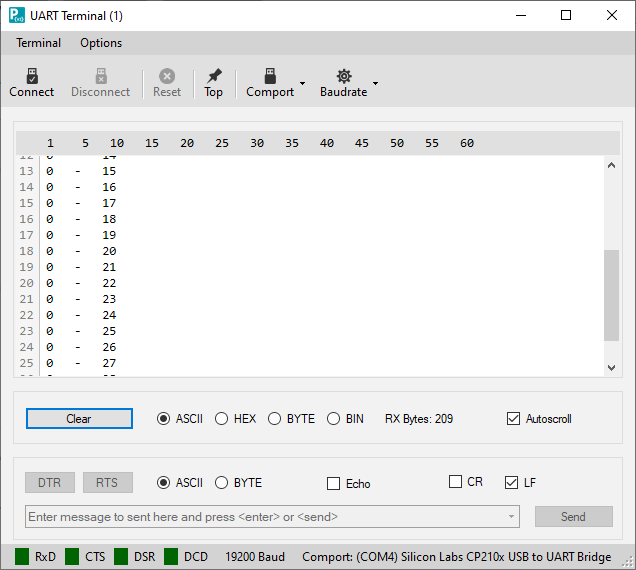 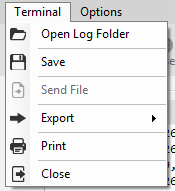 Show Time: Places a timestamp in front of the received text. (Data must not come too quickly).
Show Date: Like timestamp but with additional date.
Hold Send Data: Holds the contents of the transmit box after sending.
Terminal menue (right mouse click):

Restor to 100%: Set the terminal zoom back to 100%.
You can zoom in on the terminal text with CTRL + mouse wheel.
Copy: Copy the selected terminal text.
Select All: Select the complete terminal text, is similar to CTRL + A.
Find: Open the search window.
Statusbar:

Terminal 0:
Terminal 0 is similar to the other two terminals. However, it contains a few less options.
The statusbar show the selected baudrate and comportname.
When receiving data, the "RxD" icon blinks.

Example:
You find a this example in Programino IDE example folder (File\Arduino Examples\Programino...).
Terminal special functions:
The LogFile.txt is saved under the Log-folder. You can rename this filename with any name.
This feature is very good for data-logging :-)
Download:
Terminal.zip